“Public School Teacher Attrition and Mobility in the First Five Years,” found that 10 percent of new teachers in 2007-08 didn’t return the following year, increasing cumulatively to 12 percent in year three, 15 percent in year four and 17 percent in the fifth year. The totals include teachers who were let go and subsequently didn’t find a job teaching in another district.

“Two important findings support what NEA has advocated for a long time. That high-quality mentors and competitive salaries make a difference in keeping teachers,” said Segun Eubanks, director for Teacher Quality at the National Education Association. 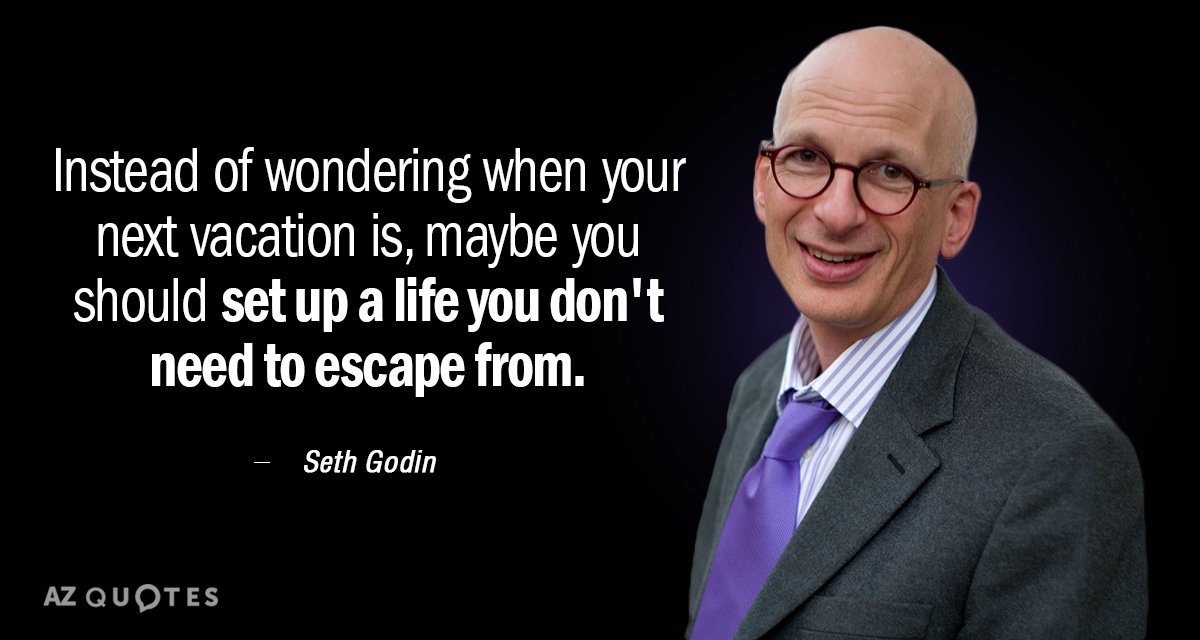 I’m a teacher and I’m usually loathe to listen to any non-teacher who criticizes education. However, Seth Godin is a teacher in his own right and what he has to say makes perfect sense.

Godin published an education manifesto and I think everyone should read it. It’s made a deep impression on me and I’ve made immediate changes to my teaching. Rote memory is ridiculous. Deducting points off for trivial things is dumb. Let’s teach students how to learn and then CREATE things and take ACTION!

Please, read some of his manifesto or watch his podcast (Stop Stealing Dreams) if you care about education.

Just because it’s hard to make change doesn’t mean we should give up.

Here is a continuation of my notes on Paul Tough’s research regarding “grit, curiosity, and the hidden power of character” as it pertains to children:

“Duckworth realized self-control has limitations. She believed that a passionate commitment to a single mission and an unswerving dedication to achieve that mission are more relevant when it comes to inventing something new or creating an award-winning (movie)/project. She called this characteristic grit.”

She created a 12 (now 10) question survey that turned out to be a remarkably accurate predictor of success.

It was more accurate a predictor of graduation rates for West Point than their own assessments.

Levin, Randolph, Seligman and Peterson narrowed a set of strengths that were indicators of life success and happiness:

They then created a “character report card”

Much confusion among educators regarding “character” – is it moral? Is it “performance character?”

Wealthy families may have “helicopter” parents (parents who hover over their kids as they do homework, sports, etc) but that does NOT mean they are spending quality family time together. In fact, many high-achieving, wealthy families are not closely bonded.

Code-switching – you must learn and practice proper behavior for the museum, college interview and nice restaurants

The administrators of both schools disagree on this point – what should students be taught?