Rob Bell quoting one of his audience members on Oprah’s podcast.

Bell talks about the value of wisdom and how our society is overlooking the goldmine within the elderly. Not only that, but he speaks about how focusing and caring about the “wrong things” is making us tired and aging us. It’s a great podcast. You can listen to it here.

Salma Hayek told Oprah a story: When she was 10, there was a neighborhood flasher. This man accosted her and exposed his full frontal nudity. “I was terrified, just so scared…” She went home and told her grandmother who then gave this advice (Hayek offered a disclaimer – she is by no means telling little girls they ought to do this)  BUT…

“The next time that man flashes you – even if you are terrified and alone – LAUGH at him. Point at his groin and LAUGH.”

The man DID flash her again. And little Salma stopped. She felt her entire body tighten with fear. But she remembered her grandmother’s advice. So she stared, pointed at his groin and laughed.

“He ran away, he cowered and ran away!” Hayek says, still incredulous.

You can always choose to reclaim your power.

I’ve noticed that I have been using guilt to motivate myself to exercise. It didn’t dawn on me until recently that this could be different.

The moment I wake up, I feel a bit of dread and (sub-consciously) give myself permission to feel good only AFTER I work out.  But can I train myself to look forward to working out?

When I spoke about this to friends and family, most responded with, “Of course, that’s the only way it can be when it comes to doing tasks what we don’t enjoy!” However, I suspect it’s not the only way…

Changing my motivation to a more positive approach would also help me with willpower in general. If I positively anticipate training, then I utilize no willpower, which is a limited source. I can then apply willpower to that piece of cake in front of me.

I volunteered tonight at my daughter’s symphony chair auditions. My task was to walk the children of the cello section from rehearsal to a small private room with a judge and back to rehearsal, one at a time. These kids’ ages ranged from 12 to 14 and there were eight of them.

I urged them to breathe deeply and think positively. But they weren’t having it!

Their pessimism surprised me. These kids attend rehearsal once a week, most coming from other cities 30 minutes away or more. They take private lessons.

It goes to show that two important factors necessary for confidence in performance: preparation and positivity.

I love my friend’s reaction to her son when his audition was over.

He walked out of his audition, stretched his arms out and shouted, “I sucked!”

She said, “Well, let’s go out for ice cream then.”

She reluctantly volunteered to host the party. And then she complained and stressed about it for months. At last, the day arrived. She greeted the guests with a weary smile and they didn’t feel welcome at all. In fact, a good number of them wanted to leave right right away.  Her mood colored the evening a dirty gray.

As the party ended, she uttered aloud, “Thank goodness it’s over!”

The guests felt the same way.

All that time, energy, and money wasted.

If you have to do it, then accept it. Accept the situation completely.

But if you can, enjoy doing it. Spread love, not regret.

Our guide informs us about American history and politics, sprinkling jokes and anecdotes as the bus rolls from one museum to another.

He’s always smiling with a light in his eyes.

On Day One, he asked me how to pronounce my name. Ever since then, he has called me by name (voice booming with cheer) when he addresses me.

He loves his life.

Undoubtedly,  you’ve met someone like him. Always smiling,  never complaining. Joyful.
It’s an attitude that pervades his life and affects every person he meets. The common cold… the flu and attitudes are all contagious.

What are you spreading?

I’ve got to go to work

I get to go to work.

Read the first one. How do you feel physically?

Now read the second one (without sarcasm, please)! How does that feel?

which one feels more empowering?

What do you think life is? Your answer will tell alot about you and how you live your life.

Is life a game? Are there winners and losers? Are you trying to win? This philosophy always reminds me of the quote:

“The trouble with the rat race is that even if you win, you‘re still a rat.” – Lily Tomlin

I consider life to be an adventure. You simply can’t predict what will happen, but you can go forth with an attitude of openness and wonder. Embrace what comes to you and know that everything (“good” or “bad”) is temporary. 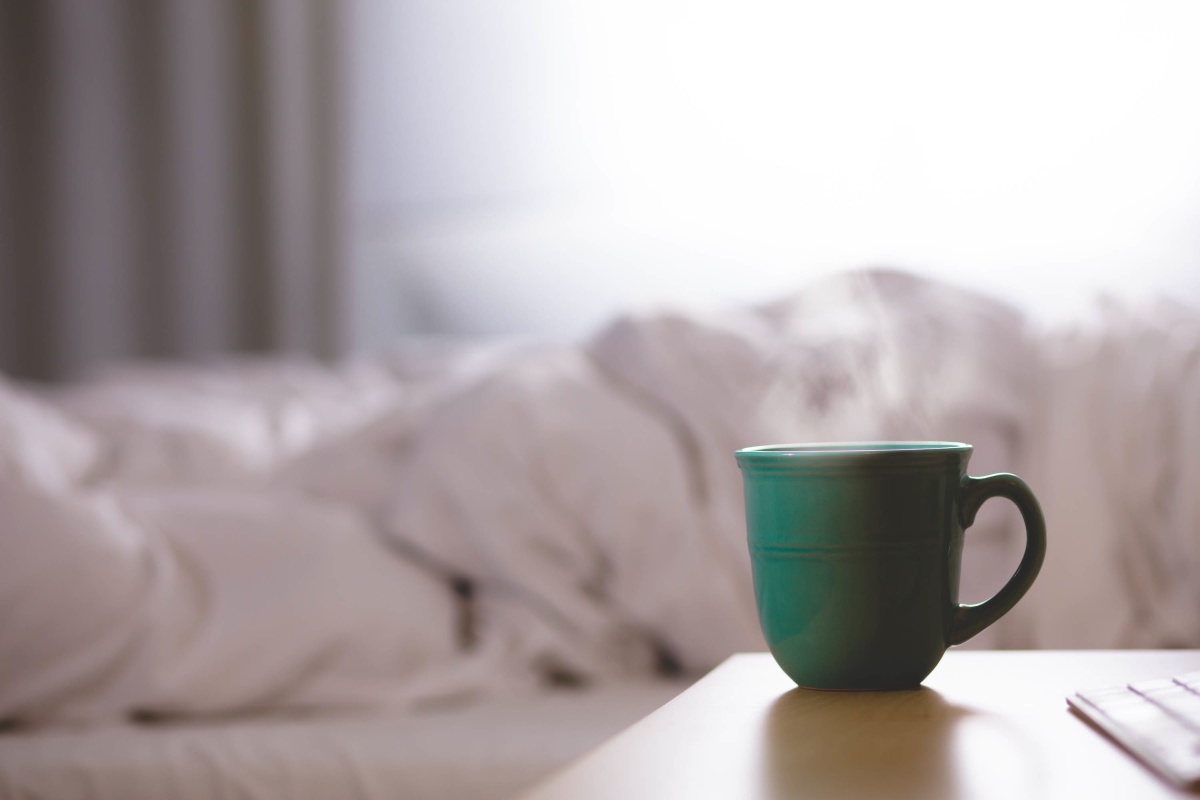 Being grateful is a choice. It requires reflection, time and care.

When I start my morning writing down 10 things or people I’m grateful for, I live the rest of my day in light.

Realizing the good in your life and focusing on that will put a smile on your face.

And good things come to those who smile. 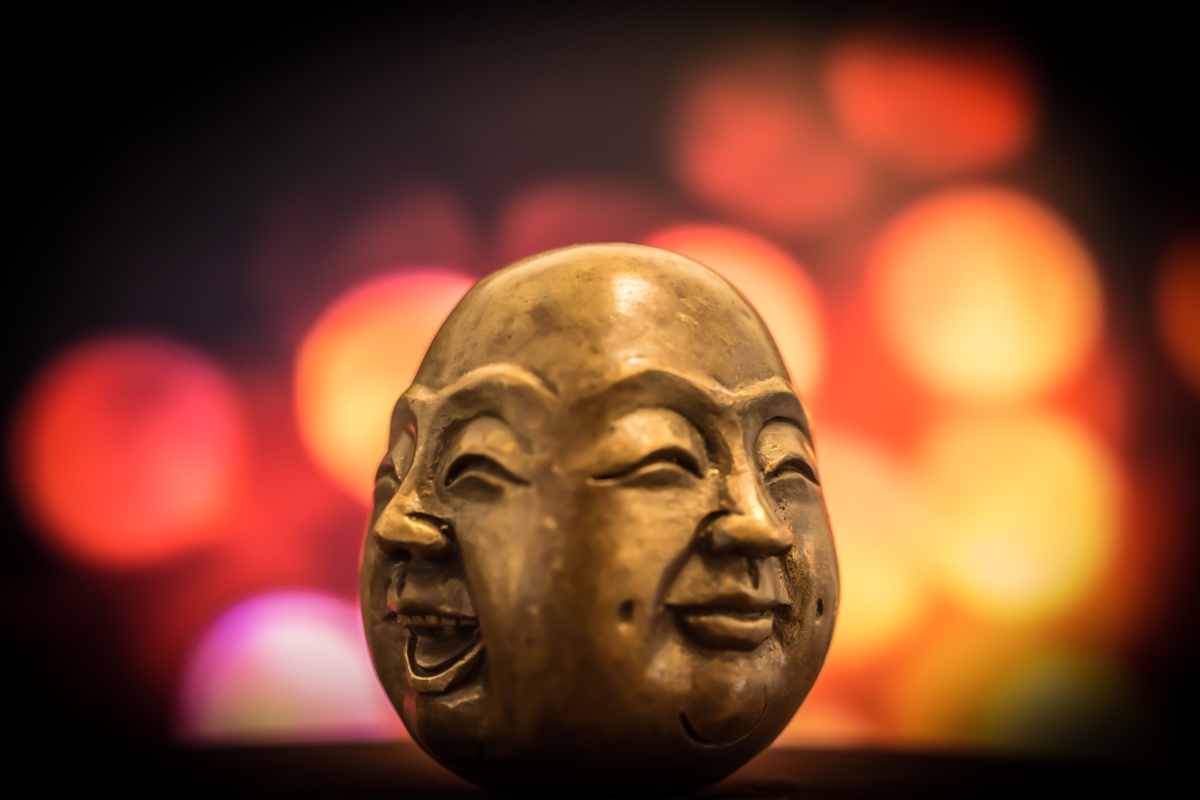